“DILG MIMAROPA is the pioneer region in the department to have its PSCP approved and adopted effective March 15, 2021,” said Regional Director Wilhelm Suyko during his opening remarks. “Let us continue to strive for excellence in the delivery of our service to the public and ensure that our services will not be hampered even in the midst of any disaster.”

DILG MIMAROPA was part of the second batch of graduates of the PSCP Mentorship Program, which was launched in 2017 by PDRF and the Office of Civil Defense (OCD) with the support of New Zealand Aid and the USAID Bureau of Human Assistance (BHA). The mentorship program seeks to help the government continue delivering critical services during emergencies and disasters by guiding them in drafting and implementing the public service continuity plan.

The exercise was designed to test the effective implementation of DILG MIMAROPA’s PSCP, specifically by assessing the awareness of the personnel of the different critical procedures, identifying any gaps between the plan and actual implementation, and making necessary recommendations to update the plan.

The exercise simulated a 5.2-magnitude earthquake striking Valenzuela City, impacting nearby cities and causing structural damage to the DILG MIMAROPA Regional Office. The exercise was played in real-time and contained enough details for the participants to respond to situations as if these were real. Experts from DILG Central Office, DILG CODIX, PDRF, and the United Nations’ Connecting Business Initiative evaluated their responses.

During his closing remarks, Assistant Regional Director Rey Maranan highlighted three important elements to be secured during any emergency: human resources, logistical resources, and the clear flow of communication.

“We were able to learn a lot, the exercise was an eye-opener, and we have so many ways forward,” said Maranan.

Representatives from other government agencies also attended the virtual event to observe and learn how to adopt the same approach to implement their plans.

With the success of this exercise, the door is open for more government agencies and other organizations to conduct similar activities to test the effectiveness of their public service continuity plans. To date, PDRF’s PSCP mentorship program has trained hundreds of participants from 22 government agencies and 18 hospitals around the country.

Project K3 or Kalinga para sa Kalusugan ng Komunidad is an initiative of PDRF and New Zealand Ministry of Foreign Affairs and Trade Aid Programme that aims to strengthen the health system capacities of LGUs, hospitals, and communities around the country to deal with the COVID-19 crisis and future disruptions through innovative training and community education. To learn more about the PSCP Program and Project K3, visit https://iadapt.pdrf.org/k3/ 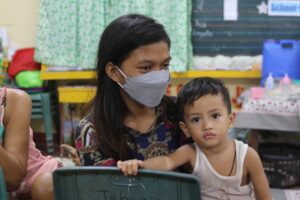 The private sector in the Philippines is providing critical emergency assistance to communities affected by Typhoon Rai. The Philippine Disaster 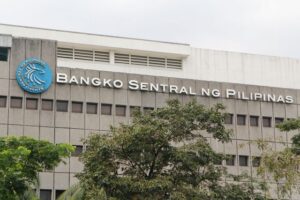 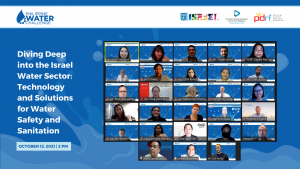 Experts from Israel, PH, showcase innovative solutions for the water and sanitation crisis