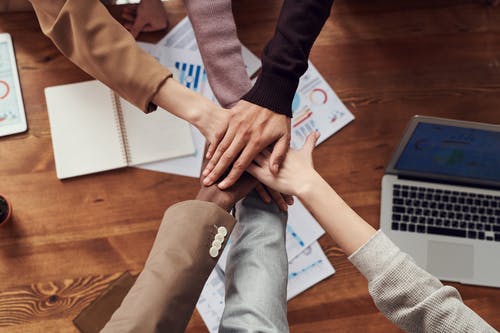 The private sector – a valuable partner

A powerful new force, largely overlooked but hardly unappreciated, is fighting side by side with soldiers and citizens to defend Ukraine against the heartless Russian onslaught now entering its sixth month: the private sector.

Dozens of American corporations are digging deep for the cause: Dupont vowed to contribute $200,000, IBM $500,000 and Adobe $2.5 million, just to cite three random examples.

At last count, 359 private-sector organizations, primarily corporations, have either donated or pledged more than $1.5 billion, either in cash or in-kind contributions, according to new data from the United Nations, with support from the Connecting Business Initiative, a global network that engages the private sector in disaster preparedness, response and recovery.

Examples abound elsewhere, too. Danish logistics firm DSV has transported Ukranian refugees to Poland, where home retailer JYSK has donated 26,000 blankets. More than 36,000 AirBnb hosts worldwide, including 3,000 in the US, have offered temporary residences to up to 100,000 Ukrainian refugees.

In Ukraine, telecom firms are allowing international calls to the country free of charge and eliminating roaming charges there. Eurostar, a high-speed rail service, is giving free seats to Ukrainians with a valid visa going to London. Levi’s has donated $300,000 to aid Ukrainian refugees and pledged to match contributions from employees on a two-for-one basis. “The level of mobilization by companies around the world in support of the people of Ukraine is record-breaking,” says Osnat Lubrani, UN resident coordinator in Ukraine.

With increasing frequency, then, whether after a volcanic eruption in Tonga or flooding in Sri Lanka, private enterprise is coming to the rescue. Government agencies and nonprofit organizations can do only so much to enable a country to cope with disasters. Corporations, utilities and others in the private sector are needed to leverage skills and material resources, cut through red tape and quickly lend a hand.

Recently I addressed a conference in Geneva hosted by the United Nations’ Office for the Coordination of Humanitarian Affairs. Participants from 14 countries shared experiences and best practices about the growing urgency for local businesses to play a role in preparing for, responding to and recovering from disasters.

Private-sector champions have emerged everywhere. DHL operates a 500-person disaster response team based all over the world that dispatches logistics specialists to calamity-stricken areas within 72 hours to unload pallets, inventory and warehouse relief supplies and coordinate assistance. After the Ebola outbreak in Africa in 2014, the private sector constructed isolation units for patients and donated thermal scanners to detect infected individuals. In response to an earthquake in Pakistan in 2010, Agility, TNT, UPS and Maersk delivered life-saving relief supplies to its citizens.

Altruism motivates the private sector, but so does economics. In a disaster, revenues among local small businesses often plunge. Big corporations rely on those entrepreneurs to get products to market for consumers to buy free of disruption and protect the bottom line. So companies that otherwise compete fiercely with each other commercially come together collectively to confront crises.

As I well know from personal experience, the Philippines is one of the most disaster-prone nations in the world. Typhoons, earthquakes and volcanic eruptions frequently threaten daily life and business here. In anticipation of such calamities, our businesses united in 2010 to forge the Philippine Disaster Resilience Foundation. The public-private partnership relies on the private sector to prepare neighborhoods and businesses for – and to recover from – natural disasters.

That foresight came in handy last December as Super Typhoon Rai battered the Philippines. Winds up to 168 miles per hour shattered homes into smithereens, forced millions to flee and left hundreds injured and dead.

As the world braces for the next inevitable disaster, private enterprise is showcasing its strengths. The corporate sector is also acting in the public interest to express compassion and generosity toward people desperately in need. In the process, whether the crisis is in Ukraine or the Philippines, they’re delivering a value that goes well beyond mere dollars and cents.

But obstacles remain. Some humanitarian organizations retain a lingering distrust of businesses. They may suspect corporations involved in relief operations of taking an interest only in generating profits and out-maneuvering competitors.

In response, NGOs both local and international should forge pre-agreements with the private sector. Such arrangements enable construction companies to quickly rebuild damaged roads after calamities and logistics firms to dispatch trucks and barges to deliver relief goods.

Only through public-private partnerships can participating parties ensure cooperation – and avoid chaos – in the event of the future disasters that inevitably strike. Only then can the UN and other international aid agencies confront any crisis as prepared as humanly possible to keep its victims safe from danger. 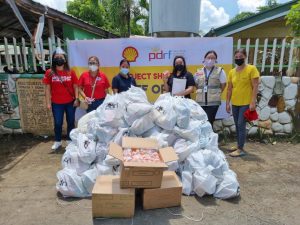 foodpanda announced an effort to bring supplies to communities heavily impacted by typhoon Odette, in collaboration with various development organizations. 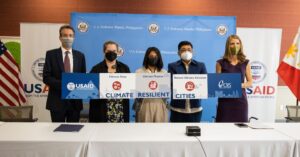 On March 10, the United States government, through the US Agency for International Development (USAID), formally launched a new project