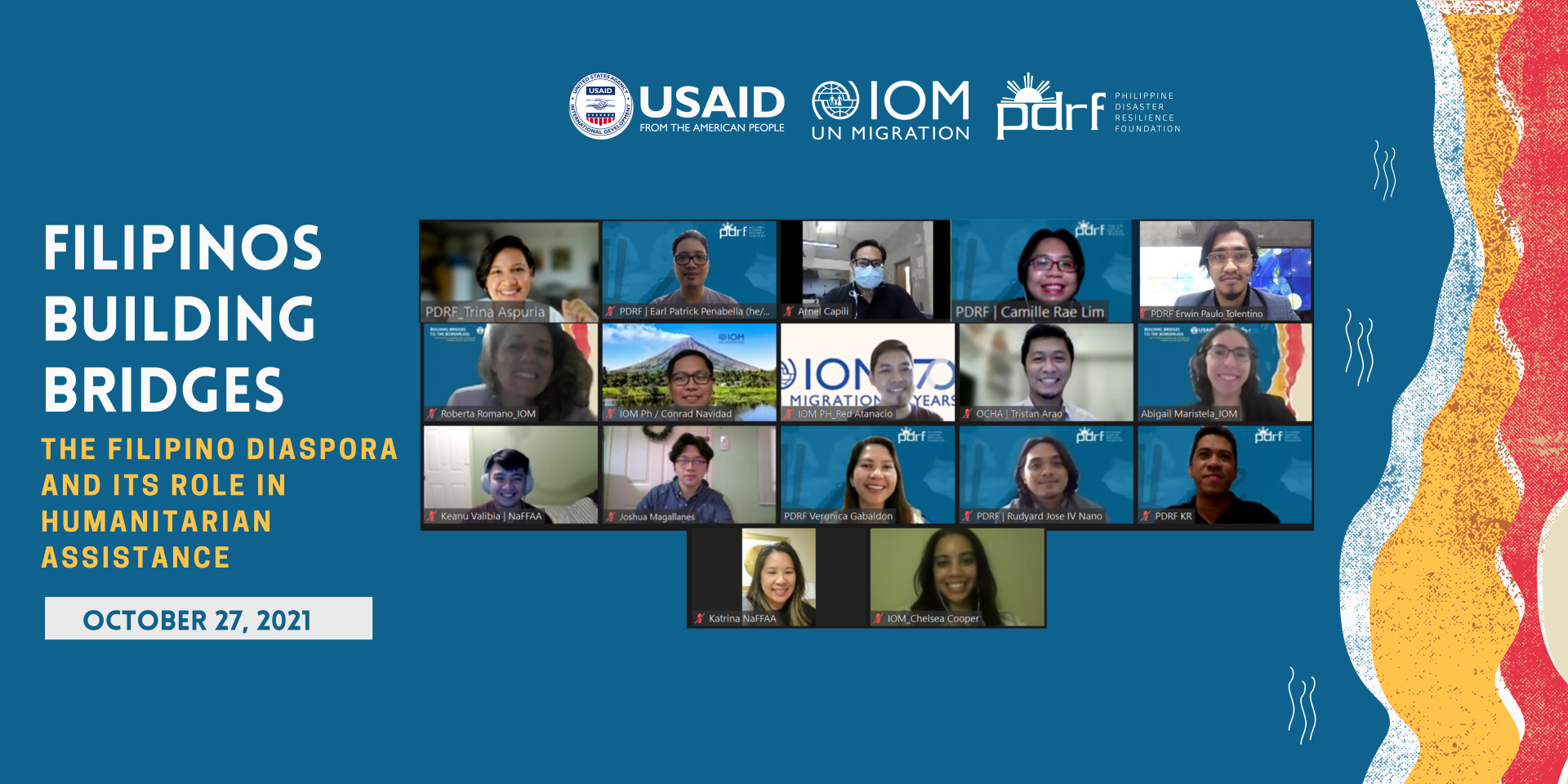 The Philippine Disaster Resilience Foundation (PDRF), in partnership with the International Organization for Migration (IOM), conducted a virtual tabletop exercise demonstrating the crucial role the Filipino diaspora can play in a humanitarian emergency.  Representatives from the UN system, the private sector, and the Filipino diaspora participated in this activity.

This event was the first practical application of the Global Framework for Diaspora Engagement in Humanitarian Assistance, an initiative of IOM Washington DC together with PDRF and other partners through the support of the Bureau for Humanitarian Assistance of the United States Agency for International Development (USAID). The framework, which was previously presented during an interactive webinar to celebrate World Humanitarian Day last August, aims to better leverage the efforts of diaspora communities and their positive contribution in humanitarian assistance.

“It’s been very clear that coordination actually matters in the way in which those actors that are already engaged in those systems are able to maximize their impact by working with their partners, supporting their members with capacity building in the preparedness phase, with common needs assessments in the response phase, and so on. I believe that this is inspirational for other actors that have been in the margins of these systems and that now we are trying, kind of, to integrate, to see that coordination is actually possible and is actually beneficial,” said Roberta Romano, National Policy Migration Officer at IOM Washington DC.

“With this framework, this initiative, our hope is to make the assistance of diasporas delivered even faster, more direct, and accounted for,” said Conrad Navidad, Emergency Preparedness and Response Officer at IOM Philippines.

Entitled “Filipinos Building Bridges,” the tabletop exercise was designed to provide feedback on the framework from key stakeholders involved in international disaster response. The activity tested  the effectiveness of the entry points and coordination pathways among the partner organizations with participants from the United Nations Office for the Coordination of Humanitarian Affairs (UN OCHA), PDRF, and the National Federation of Filipino American Associations (NaFFAA).

“Diasporas have a role to play in the community beyond providing financial assistance. They can make a more significant contribution if they are more actively involved in the recovery and rehabilitation of the community,” said Veronica Gabaldon, Executive Director of PDRF.

The exercise was facilitated by PDRF and IOM Washington and the participants simulated their organization’s possible actions for disaster preparedness, response, and recovery before, during, and in the aftermath of a typhoon.

“It’s really great that this conversation is happening because there are better ways for us to coordinate our efforts and get the funds to help the people on the ground there, so I think it was really a necessity,” said Katrina Hernandez, Special Projects Co-Director of NaFFAA.

“The diaspora is something that probably in a year or two from now, we could organize into a global platform or even a national platform,” said Tristan Arao, Humanitarian Affairs Analyst at UN OCHA.

At the end of the activity, the evaluators recommended that partnerships be solidified between stakeholders and that non-traditional humanitarian actors like diaspora be further trained in activation procedures and operational activities to respond more effectively during a crisis. 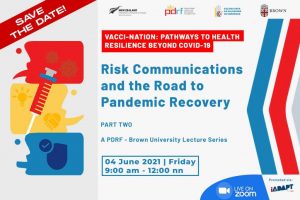 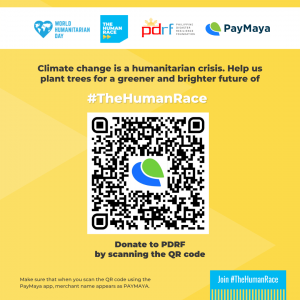